Daniel isn't real - a traipse through our darkest parts

Daniel Isn't Real blew me away. It's about a nice sensitive young man who is troubled by a slick, confident figure he last recalls seeing banished away in his childhood. As things deteriorate in his own life, his control on the suave and increasingly dangerous Daniel wanes.

I loved the raw emotionality of it, you feel like you're taking a trip through both the protagonist and Daniel - as well as the horrifying tether that holds them together. It's by turns visceral yet dreamlike. And without giving away too much, its dark plot takes many an unexpected turn. 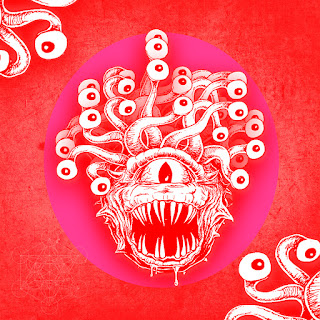 You are one part of The Beholders, the biggest rock band to ever grace the multiverse.

Technically, you were the biggest rock band ever.

Things went downhill around a decade ago, and all of you have been coping in your own ways - with differing degrees of success.

Maybe you chose clean living after a rehab slog, or perhaps the Wizard Snuff never quite lost its appeal.

Whatever your circumstances, you were delighted when you received a missive from your record label, inviting the band out for an extremely lucrative reunion gig.

All of you met up, only to discover that without Beholders missing co-singer and lyricist Neptune Rain’s signature, you couldn’t go ahead with the gig.

While a talented writer, all-round sensitive soul, and a hit with all the fans, the elf was difficult to work with - especially when the psychedelics truly took hold.

It all started really going downhill after the band took that sabbatical to the Fey Wilds. At the time, Neptune said it would “expand the sound”.

Perhaps, depending on your relationship, you stuck it out and tried to save Neptune right up to the bitter end - bolstered by sunny childhood memories of penning songs together.

Or maybe you left straight away, fearing for your own sanity in the midst of all the carnage.

The Beholders made a lot of headlines back in those magnificent, bleary days.

Luckily, your label AC20 has found a lead - a mysterious stranger - who claims to know exactly where Neptune is.....

Prevenge is a feminist film about grief and madness. It gets a witchy 5/5 from me, namely because it's slick as fuck - pulsing with sinister techno and lurid colours. Despite its ridiculous premise, there's a real pathos to the lead character's bloodthirsty travails. Much to my surprise, it drew light on issues such as toxic motherhood and the unrelenting horrors of the patriachy.

Without being preachy, it feels like a satire on society's expectations of womanhood/motherdom and the systems that keep women down. For example, its unnervingly oblivious nurses ("it's all about baby now") and beaten down old women - crushed by the oblivious, selfish males around them.

Take a look: it's a wild ride, and kind of moving too.
Posted by Sara Elsam at 09:07 No comments: